‘TIS THE SEASON FOR CHERRIES

While I’m not enjoying Phoenix’s 100 degree+ summer temperatures, I am loving that some of my favorite fruits are in season:  berries, stone fruits, melons, and cherries.  I’ve capitalized on numerous opportunities to stock up on these for cheap through our Bountiful Basket co-op.  This past weekend, I scored eighteen pounds of cherries for $1.59/pound – a smokin’ deal!

While I will surely eat most of these in salads, snacks, and breakfasts, I know I won’t get to all of them before they spoil, so I need to get creative.  I’m making a good portion of the cherries into jam (see my jam formula), am dehydrating a bunch to chop and add to my granola, and today, have even attempted a totally vegan cherry pie.  As with all of my formulas, this pie is lower in fat, sodium, and sugar than many (if not most) typical animal-product versions and of course, cholesterol-free.

What I came to discover in researching making a pie from scratch is that there are actually very few ingredients involved.  Of course, the fruit is the star and the crust is a close second.  I prefer to consume fruit raw and for the most part, under-ripe; in other words, I prefer fruit rock hard and crunchy.  So, the fruit preparation in pie kind of goes against how I prefer to eat it, thus making a crisp crust essential to balance out what to me, is “mushy” fruit.

Pie crust needs something to make it rich and dense.  In an ordinary pie, this is usually butter or some other form of fat.  My crust incorporates a little fat—from coconut oil—but achieves the bulk of its density from the garnet yam.  What?!  In my pie crust research, I came across a vegan blogger who uses banana in lieu of most of the typical fat.  In creating my formula, I thought that I would do the same, but didn’t have any ripe bananas on hand (for like the first time ever in my life!).  True to my Fresh Formula concept, I got creative and decided to substitute a garnet yam I had sitting on the counter.

As I explained while introducing you to my curry formula, yams are not sweet potatoes.  Although similar in taste and texture, sweet potatoes—often pale yellow inside—boast greater nutritional benefits, not that the yam is a poor choice whatsoever!  Many people use what they think are sweet potatoes in Thanksgiving dishes because of the appealing bright orange color.  With that said, beyond an attractive appearance, yams are also loaded with fiber, protein, and vitamins A and C. 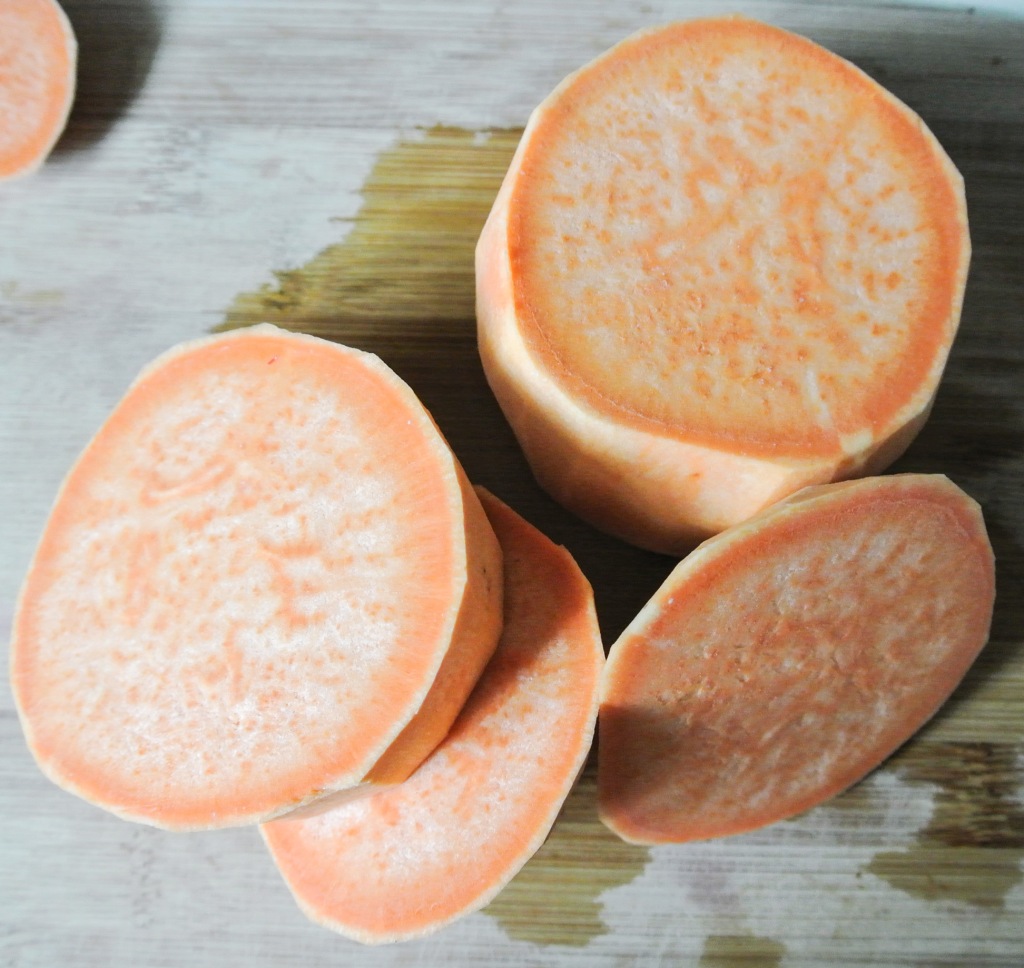 I’m proud to have developed a formula that combines the flavors and textures I love while packing a ton of nutrients.  Cherries, in particular, have a number of amazing health benefits.  The most significant reason to chow down on cherries, in my opinion, is that they can help boost your melatonin production, thus resulting in better sleep.  Now five months pregnant with a babe that is constantly on the move and a bladder that has been squished to what seems like the size of a thimble, sleep is becoming more difficult; cherry season couldn’t have come at a better time!

Take this pie to your next summer barbeque and see if anyone even notices that it’s vegan.  🙂  Depending on how many cherries you have on hand, you can also make multiple pies and freeze them for when cherry season has long passed.  Enjoy!

If necessary, peel and steam or boil your fruit/vegetable of choice and cool completely in the fridge or freezer.  Place this fruit/vegetable in your food processor first to puree.  Next, add all remaining ingredients except the water and plant milk.  Start the food processor and stream in the cold water (sans ice) from the top as the ingredients come together.  You should end up with a semi-sticky dough (similar to that of my bread formula).

Sprinkle ¼ cup of the remaining flour onto your preferred work surface.  Empty the dough onto the surface and knead with your hands just until the flour is incorporated and the dough is less sticky.  Place in a bowl, cover, and chill for at least 30 minutes.  Pit cherries while you’re waiting or complete any necessary fruit prep (i.e. peeling and steaming, etc.). 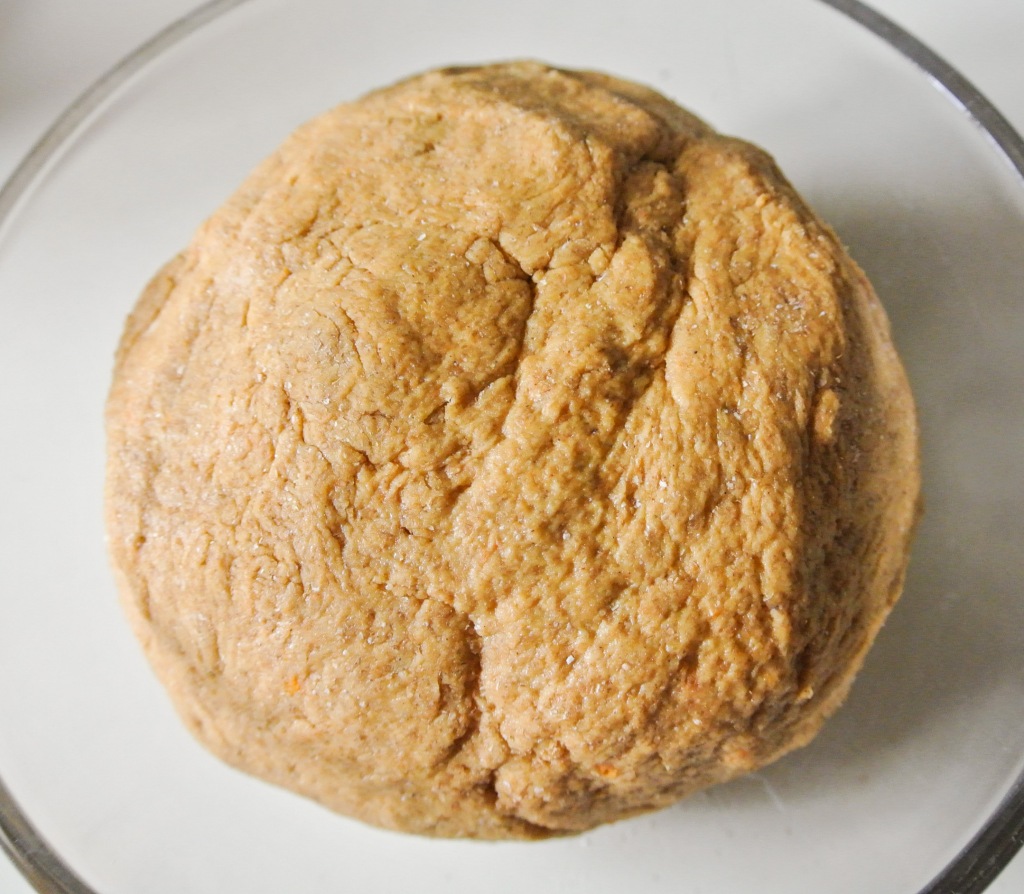 If you’re using them, pit your cherries.  This is a long process!  While your dough is chilling, pop down in front of the TV with your cherries and get pittin’!

By the time you’re done preparing those cherries, it’ll be time to preheat your oven to 400 degrees.  Retrieve your chilled dough and separate into two balls:  one is approximately 2/3 of the dough and the other 1/3.  Use remaining flour to dust your work surface and roll out the larger ball.  It should be approximately an 1/8 of an inch thick and in as much of a circle shape as possible – perfection isn’t necessary.

Grease your pie plate.  Carefully lift your smooth, flat circle into your pie plate and press down to coat the entire inside of the plate.  Make sure that this is as even in coverage and thickness as possible.  Again, perfection isn’t necessary.  Pinch the edges of the dough (if that’s your thing!) and mix up your glaze (plant milk + remaining sweetener from crust formula above).  Use a kitchen brush to glaze your crust and poke holes in the bottom to vent.  Set aside remaining glaze.

Pre-bake the crust—without the filling—for 10 minutes.  During baking time, roll out the smaller dough ball to the same thickness as the base and cut into your shape of choice.  Want to keep things simple?  Make a nice, smooth circle that you can use to cover the filling completely (slice vents on top).  If you’re feeling adventurous, use a pizza cutter to create strips for a traditional lattice pattern, or use a sharp knife to cut out other shapes. 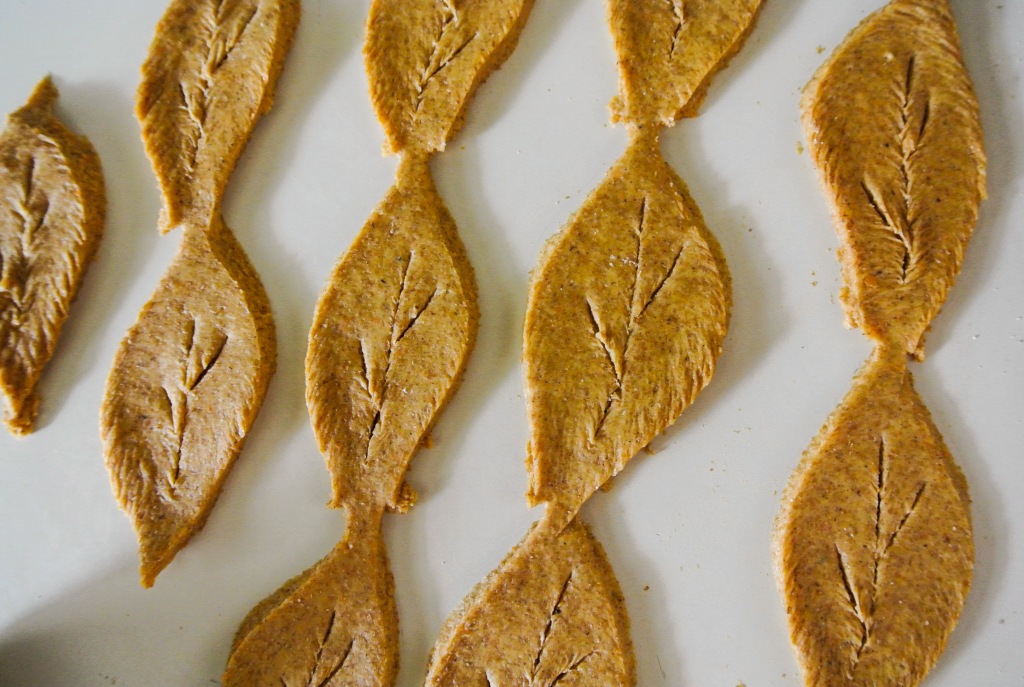 Once the bottom crust is out of the oven, reduce the temperature to 350 degrees.  Combine all filling ingredients and pour into the pre-baked crust.  Gently top your filling with the remaining dough, pinching the edges to connect it with the bottom crust.  Glaze the top crust and vent if necessary. 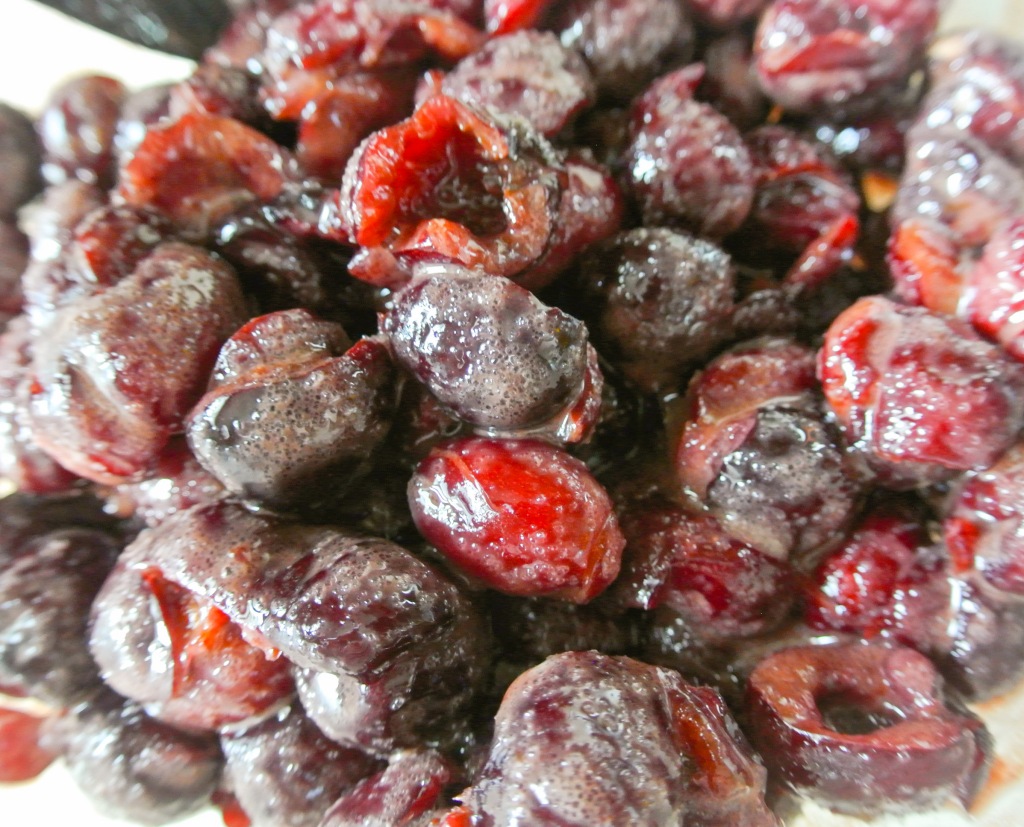 Place the pie back into the oven for 40-50 minutes or until the filling is bubbling and the top crust is golden brown and crisp.  Let cool before serving.

NOTE:  The edges of the crust on my pie are a little overdone.  🙂  Travis said that next time I can prevent this by covering just the circumference of the pie with foil.  Just a tip! 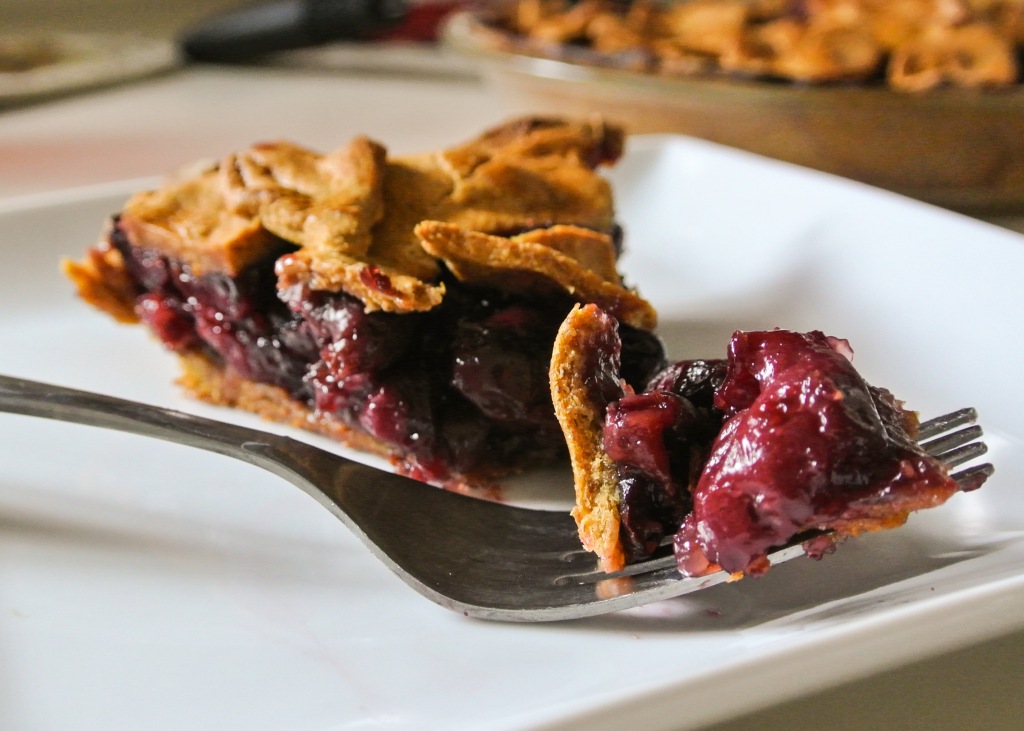 6 thoughts on “‘Tis the Season for Cherries”